Rila Monastery - one of the symbols of Bulgaria

The Bulgarians are proud with their delicious yoghurt, with their aromatic roses, with John Atanasoff – the man who invented the computer, with Kaloyan Mahlyanov – one of the best sumo wrestlers and with world-famous soccer star Dimitar Berbatov. They are proud that they made the first air raid in the history of the aviation. Well, as Bulgarians we’re not trying to convince you that our small country is the greatest one in the world. We just try to represent you Bulgaria and Bulgarian people. 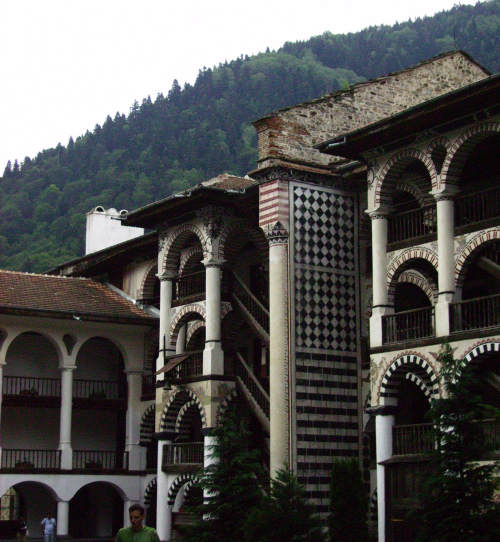 There are some Bulgarian symbols that the stranger will hardly understand. He may be impressed but he won’t see the true value of it if he doesn’t know the culture and history of Bulgaria. One of these symbols is Rila Monastery.

Rila Monastery is named after St. Joan of Rila who is a patron of all Bulgarians. His life as a hermit is very significant part of our history. It represents a pure connection with God and a criticism about the situation with the church at that time. St. Joan of Rila is the Bulgarian person who deserves to be canonizing more than anyone else. He and his followers formed one sacred place which became a symbol of self-sacrifice and gratefulness. 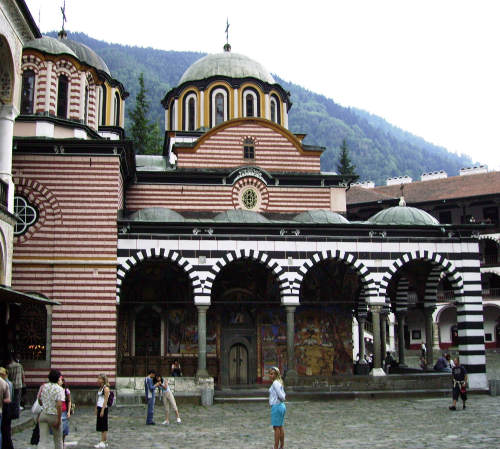 He and his followers formed one sacred place which became a symbol of self-sacrifice and gratefulness.

Rila Monastery was founded in the 10th century and it is situated in the northwestern Rila mountain. This appearance it has from the middle of the 19th century. If you see it from the sky, you‘ll discover that the monastery and The Pentagon have almost the same architecture. Rila Monastery outline irregular pentagon. It is surrounded by a lot of trees which keep it save. Its walls are 24 meter and it look like fortress of the middle Ages. What is hidden behind these walls? You will see a unique frescos and wood-carving. One of the best artists was working there to make this incredible atmosphere. The monastery is like a small town situated at 1,147 meters above sea level. There are between 300 and 400 monks’ cells. In the center of the Rila monastery there are the Tower of Hrelyu and a small church just next to it. The Tower of Hrelyu was made in 1334-1335 year by a local feudal lord named Hrelyu Dragovola. 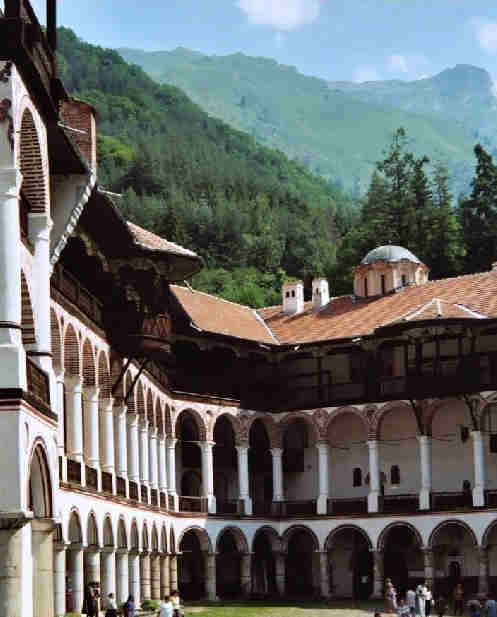 Now there is ? church tower and a chapel in the tower. The monastery’s main church is named “the Nativity of the Virgin” and it was built in the 19th century. The church is a 5-domed one with three altar niches and two side chapels. One of the biggest valuables of the church is its wooden iconostasis with azure fretwork and the wall paintings made by the famous Zahari Zograf .

But why Rila Monastery is one of the biggest Bulgarian symbols. You can find that answer in its library. There is the whole history of Bulgaria. But this history is not just facts and personalities; it is a history which describes Bulgarian people and their point of view. Rila Monastery is a cultural and spiritual centre. It keeps our faith through tough years. There are so many people related with this place. People who dedicated their life to the one of the most significant Bulgarian symbols during Ottoman times - Rila Monastery.