Homer describes the mythical Thracian kings in The Iliad, as fighting in golden chariots, with fiery swords in each hand. They looked more like gods than humans. Very few people, nowadays, think themselves as inheritors live of the Thracians. Nevertheless, the tales of Homer fill the Bulgarians with pride and patriotism. They feel connected with this ancient civilization, because they live in the land. Unfortunately, Perperikon doesn't have the popularity of Troy, as far as tourism is concerned. bTOURISM will introduce you in few articles, the story of the Holy city of Perperikon, who is situated in the western side of the Rhodope Mountain. Let’s start with its story and i8mportance for the ancient world.

The city is discovered for the first time in the seventies of the 20 th century by the famous Bulgarian archaeologist Boiko Georgiev. Because of many reasons the full development of the city is not completed. The true glory of Perperikon reveals the Nikolai Ovcharov. While you are climbing towards the city you will feel with your body, why the place was chosen for solar sanctuary. We are recommending that you took your trip to Perperikon in the fall when the weather is not that hot and even rainy. The sun is so hot that while climbing you can feel its holy power. Once you reach the top, the separate premises of the sanctuary seem like perfectly constructed frames. Their borders begin to shade and tangle if you distract even for a moment. 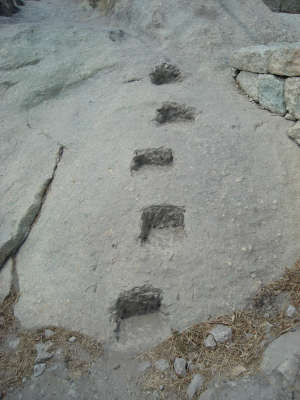 According to the historians the Ancient city is built in the 5th millennium B.C. nowadays the nearest city to Perperikon is the town of Kardjali. The Thracians discovered the miraculous power of the stone and used the cracks as a natural temple. They arranged fetishes in honor of the sun and the mother-goddess all over the rocks. For centuries Perperikon is not just one of the many holy places in the Balkans, but is a original masterpiece of the Thracian architecture. The city and the sanctuary are supposed to be built by the Thracian tribe Bessi. The objects used in ritual practises and the coat, evidence for the advanced culture of the Thracians.

The famous temple with round alter in Perperikon is supposed to have been built in 1st century B.C. the temples is a round chamber, which soars 3 meters higher than the other parts of the sanctuary. The floor has many chutes, where the objects necessary for rituals were put. The temple was built in honor of god Dionysus. The cult of Dionysus is one the most spread in Ancient Thrace. Their vision for Dionysus is not the same as the Greek one. In ancient Greece he was described as great lover of wine and a dissipated life. According to Herodotus, a Greek historian from Ionia who lived in the 5th century BCE (if we can believe him; we all know his story about unfound Atlantis) the Thracian priests predicted the future. 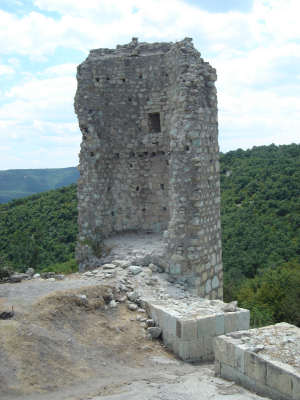 The father of Octavian August visited the sanctuary and priests predicted him the glorious future of his son. It is believed that Perperikon diviners foresaw the conquest of Alexander the Great in Asia.

The name of Perperikon comes from the Byzantine coin "perpera", which ware in circulation in the 9th century. In Christian times were built one of the greatest buildings - the Acropolis. It is situated in the uppermost part of the palace and is believed to have been build by Niketa from Rhymes, the person who baptized the Bessi tribe. Some of the bravest theories assume that unique translation of the Bible was made. It is unique because it was made in the language of the Bessi.

We will always put forward the unique scenery that is revealed from Perperikon in our articles. And in conclusion we would like to give you an advice. Don’t go there without a guide or archaeologist, because you will miss many things, invisible for you and the trip will turn into visit white, shapeless rocks.