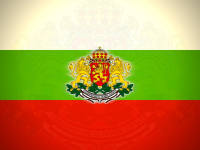 The national flag of Bulgaria

3TH March –National Holiday of Bulgaria! Or this is just a data in the calendar? Yes, we don’t celebrate it like Americans celebrate Independence Day. This don’t mean that we are not patriots. We just have our own way to show that we feel proud to be Bulgarians in this day. You can see the Bulgarian flag everywhere. It seems like you are on the stadium where Bulgarian national football team is playing-everything is white, green and red colored. 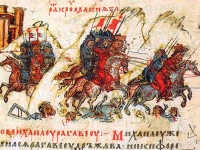 Now we are going to tell you some legends and some facts about our national flag. Why it is colored this way and how it change through the time. Every flag represents a number of symbols connected with the history of the country. One of the legends says that our flag is three-colored because of Bulgarian army. The soldiers on the left flank had a white band tied to their spears; the soldiers on the right flank had a red one and in the middle there were the best soldiers who were carrying spears with green bands.

The first person who used our flag the way it look now was Georgi Sava Rakovski-a Bulgarian revolutionary and writer. Another revolutionary Philip Totio carried a flag but at that time it was colored red, white and then green.

After the liberational Russo-Turkish War (1877-1878), the flag was described in the Tarnovo Constitution of 1879 as three-coloured and consists of white, green and red, placed horizontally. There was an emblem on the left side of the white stripe but it was removed after 1989. The current flag was re-established with the 1991 Constitution of Bulgaria and was confirmed in a 1998 law.

Bulgarian flag is a symbol of glory. It represents the indomitable Bulgarian army and every time we look at it we are proud that we are Bulgarians.