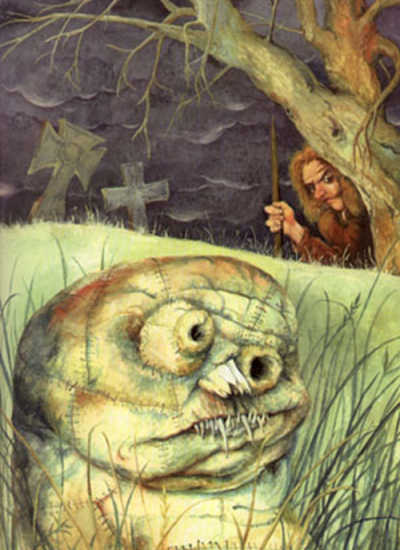 Vampires in the Traditional Bulgarian Folklore

The Balkan countries (particularly Romania, Bulgaria, Turkey and Serbia) are often described in western literature as lands which give birth to all kinds of demonic creatures. Vampires come from Romania, Bulgarians and Serbs are villains, not to mention the Turks. They are guilty by presumption because they are the biggest Muslim nation in Europe. Considering this region to be the birthplace of the strangest creatures seems to be in fashion these days. Western artists are strongly inspired by the local “orthodox” Christianity as well as the fact that the Balkans inherited one of the most ancient cultures in Europe. All this makes them an appropriate set for shooting psycho thrillers in which someone has to fight a scary beast or Satan himself. It’s sure that Bulgarian folklore is full of beasts which come from demonic worlds and their sole purpose is to do harm to ordinary people. My grandmother told me that when she was a little girl, she used to hide under the bed for fear of the Bulgarian mummers ( kukeri ). But no matter how fearsome they are, their purpose is to fight these dark supernatural spirits.

The westerners have the idea of vampires as horrific creatures, which should be handled by someone like Van Helsing or Blade. However, this is the foreign concept of vampires, which are a purely Slavic phenomenon. According to the traditional beliefs it is a creature, widely spread throughout all Bulgarian lands. Of course, it has nothing to do with count Dracula and doesn’t even like to drink blood. Here is the true history and genealogy of vampires and there’s definitely much more to it than a railway station in Varna.

Many of you must have questioned themselves what the point is! Why do elderly people keep performing all those rituals and obligatory actions during funerals? 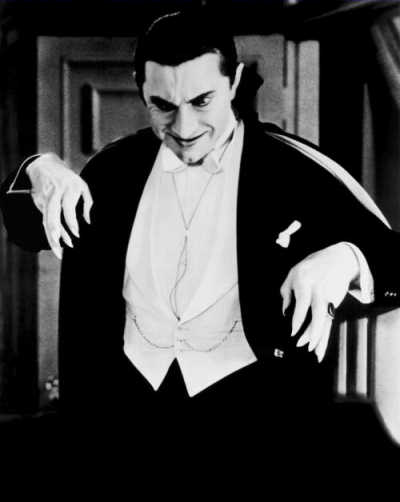 Why do they abide by this strictly set calendar after they bury their relatives and try to perform all practices determined by tradition? The periods of three days, the “sixth day” and the highly important 40-days period are abundant with practices which must not be broken. Otherwise, there might be fatal consequences. This is the period during which the dead person’s soul goes to the afterlife. People follow the established rules until the fortieth day, preparing their dead relative for his journey to the afterlife. The soul leaves the body on the fortieth day. If everything is normal, after the fortieth day, it’s considered that friends and relatives say one last goodbye to the dead person.

Firstly, the process should begin before the very funeral. The rituals of washing and cleaning are mostly of hygienic nature. The problems begin if a cat or any other animal jumps over the corpse. This might lead to becoming a vampire. And if an animal jumps over the grave, turning into a vampire is already inevitable. In the Bulgarian folkloric beliefs a person turns into a vampire if his or her relatives haven’t followed the rules during his funeral and up to the fortieth day. This means that the dead one doesn’t really need a bite or a mystical incorporation from other vampires.

In the beginning the vampire starts to appear during the night as a ghost in his house or in the dreams of his relatives. He knocks on the doors, steps on the ceiling floor-boards and makes them squeak. If the ghost is very angry, he stars to “harass” his living relatives even more by opening and slamming the doors. Supposedly, the members of the family know what is happening. Despite the fact that they know it’s their dead relative, they fear him.

If you choose to combine your vacation with a slight folkloric research, I guarantee that you are definitely going to come across many elderly people in the mountains of the Rhodopes, Rila, Pirin and Strandja. They will surely tell you some quite interesting stories about vampires. For example, granny Dona from a village in the Middle Rhodopes calls them with the word “plutenitsi”. 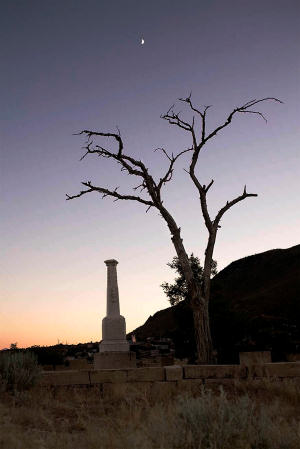 Another woman from Smolyan once told me how she and her mother understood that they had made mistakes during the process of her father’s funeral. He appeared as a ghost in the house and only went away after the fortieth day.

Actually, vampires are only scary before really becoming vampires – when they are in a ghost state and appear only to frighten their family. After the fortieth day passes and the soul cannot rise upwards, it starts to experience a backwards metamorphosis. It begins while the corpse is still in the coffin. From a state of decomposition the body starts to recover his flesh. After a while it comes out. Physically the person is the same with a few differences in his outer appearance. For example, the facial hair is thicker and the eyes are bloodshot as if he hasn’t slept in a long time.

After the body gets its flesh back, the vampire usually leaves his hometown and goes to another place, where nobody knows who he is. What is strange is that vampires usually become barbers in order to live amongst the living. Most people can never recognise a vampire, although some of them have a slight unpleasant smell. They are afraid of garlic but have no problem with daylight or silver. 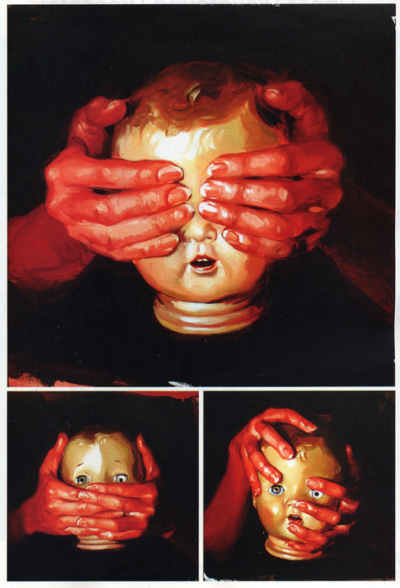 They can easily die by a single stab. That’s because they have no organs and their skin only serves as a bag carrying their blood. If someone pinches them, they fall apart and all that’s left is a puddle of blood.

Granny Dona spread some butter on a slice of homemade bread and handed it to me. Then she sat and stared at me with her tiny blue eyes. The skin on her face was wrinkled. Her chair was short and three-legged and the vine-arbour in the yard cast shadows all over her body. Only her eyes sparkled from time to time when they came out in between the few rays of light that entered the room. The heat and the homemade brandy had brought me to a state in which my conscience barely worked but I felt I was going to hear many more than old wives tales. “Two years – she began – after my father’s death my mother and I went shopping in a neighbouring village since they had a big fair. We had hardly come out from the bus when I saw him, my father. I saw him through the window as he had stepped out in front of the door of the barber shop. I ran out of the bus pushing all the people that were waiting to go out and started shouting – Daddy, daddy…He turned towards me, looked at me with his bloodshot eyes and ran into the barber shop. My mom caught up to me and decided we should take the same bus back and go home as fast as possible. Years later she told me that had really been my father.”

This is a story I heard in a Rhodope village in 2004. I was stunned at first but I later listened to so many stories about encounters with Jesus Christ, fights with demons and dead people visiting the living that I might as well start believing in them.
translated by